Sacroiliac (SI) pain isn’t as common as other conditions, such as lower back pain, but it’s often found among pregnant and postpartum women, and men and women who have experienced trauma to the area. For patients with lower back pain, the incidence of SI pain is 13% (9-26%) (1). Most patients in this group report buttock pain (94%), groin pain (14%), lower lumbar pain (72%) and lower extremity pain (50%) (3).

Problems with the SI joint used to be tough to diagnose due to a lack of a gold standard diagnostic test, along with diagnostic limitations related to movement based tests and static palpation tests. Both tests have shown positive for patients who are asymptomatic in reducing their specificity for diagnoses (2).

One helpful way to rule in or rule out lumbar spine involvement with SI pain is to conduct a repeated motions examination of the lumbar movements. Those with (+) provocative testing without centralizing lumbar motions show a 80% post test probability of experience SI pain (+ LR 6.97). Those who have a (-) provocation testing and did not centralize show a 5% post test probability of having SI pain (-PR 0.10) (4).

How is it treated?

Medical experts agree that a multimodal treatment that includes joint mobilization /manipulation exercises, along taping and bracing, is the most effective approach for treating SI pain. 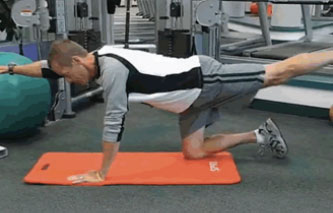 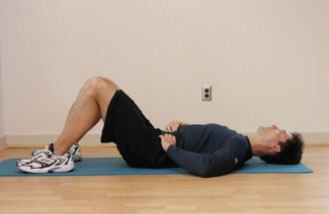 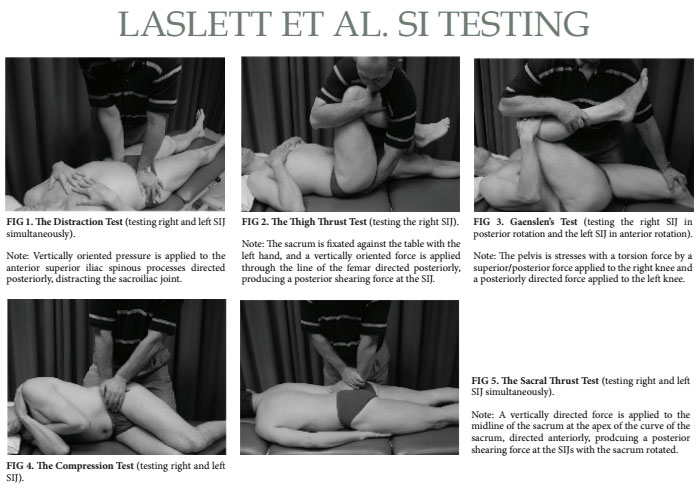 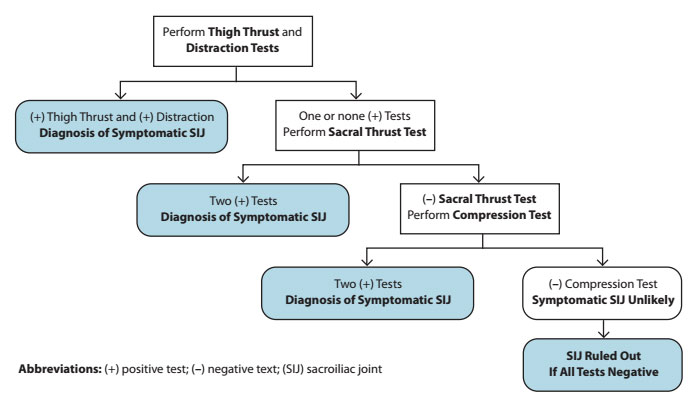 What does the evidence say?

In Tullberg et al, there was a noted reduction in short-term pain and movement, without a change in the bony landmarks in the results of the CT scan (4). For a sub group of patients with lower back pain, there have been positive short and long-term outcomes for both pain and disability observed (5,6). 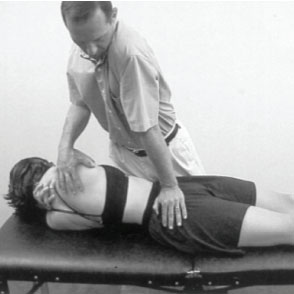 Are you suffering from SI pain?

If you suffer from lower back pain, pelvic pain and groin pain along with what could be SI pain, then you could greatly benefit from physical therapy. Early manual therapy and exercise intervention helps to reduce SI pain and long-term disability. Interested in learning more? Contact Total Motion Physical Therapy today.