The mechanical abutment of the femoral head against the acetabulum is known as Femoral Acetabular Impingement (FAI). With this contact comes pain, loss of motion and disability. It can be either structural (cam or pincer lesion) or functional or sometimes a combination of the two. 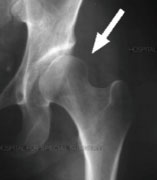 Whether these x-rays show normal morphological changes based on autonomy and biomechanics or a structural pathology, researchers are not certain. Structural changes can be seen in asymptomatic patients. There are no controlled trials proving that these lead to early OA or the need for hip surgery.

Between 1999 and 2009, the number of surgeries increased 18 fold. There has been a 365% jump in surgery between 2004 and 2009 in individuals between the ages of 20 and 39, alone. Authors attribute this increase in surgeries, in part, to the fact that there has been an increase in the usage of MRIs in this population. 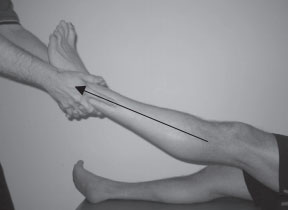 Currently, the evidence for the conservative treatment of FAI lesions is at the case series level of research for both conservative and the surgical treatments. No randomized controlled trials nor long term data exist on the surgical outcomes. 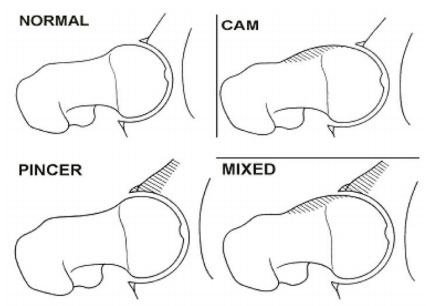 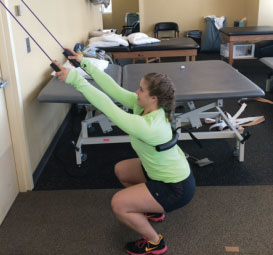 For patients undergoing FAI surgery with greater chondral damage and those over the age of 40, Kemp et al. documented poor outcomes. Hunt et al. showed that a multimodal treatment program made up of manual therapy, education and exercise reduced the lower quarter impairments. It also improved function in both short and long term outcomes.

Patients and athletes with groin pain, anterior hip pain, loss of hip range of motion and disability should consult the care of a Physical Therapist for conservative management. An acetabular labral tear may be diagnosed where there is pain mainly in the groin (sensitivity .96-1.0) and a subjective report of hip or groin pain with a clicking sound, locking and giving way (sensitivity 1.0, specificity .85).